Please find below the indications of how to get to the venue, using a proper vehicle, taxi or public transportation. 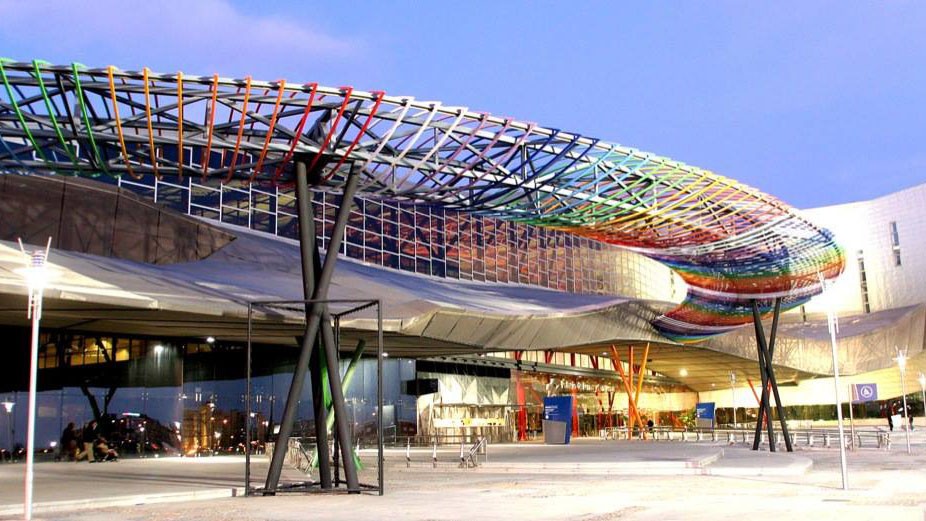 How to get to FYCMA

The Trade Fairs and Congress Center of Málaga, located in the capital of the Costa del Sol – the second most important communications and transport hub in Spain and the first in the south of the country – is located next to the motorway that joins the ring roads of Malaga with the Mediterranean Motorway.

The Pablo Ruiz Picasso international airport, 9 km from the Trade Fairs and Congress Center, which opened a second runway in June 2012, allows you to get from Malaga to major European cities in an average of 2 to 3 hours. A railway network with a High-Speed line was also added in December 2007. Furthermore, the dense network of motorways provides quick access to the city, which is surrounded by the East and West Ring Roads, which lead to the exhibition centre.

Get to FYCMA by Plane:
Pablo Ruiz Picasso Airport, which guarantees daily connections from FYCMA to all Spain’s cities and to those throughout the world, is located only 10 minutes from the exhibition complex, and just 15 kilometres from the city centre, which is connected with by Bus ( No. 4, No. 19 and No. 20 connect the Trade Fairs and Congress Center to the city centre)

Get to FYCMA by Metro:
Access to FYCMA is possible from María Zambrano

Get to FYCMA by Taxi:
With ranks at each entrance to the exhibition complex.

Get to FYCMA by car:
From the city center there is a way to access: Continue along the Alameda Principal towards Avenida Andalucía. Continue along Avenida de Andalucía and take the A-7 exit towards E-15/Airport/MA-21/Torremolinos/Algeciras/Cádiz. Follow signs to the Camino de San Rafael, go onto the Camino de San Rafael. Turn right on Avenida de las Malagueñas. At the roundabout, take the first exit and go onto Avenida José Ortega y Gasset No. 201, where you’ll find the Trade Fairs and Congress Center of Málaga.

Get to FYCMA by Bus:
Malaga’s bus network guarantees quick and easy access to FYCMA. Empresa Malagueña de Transporte (EMT) buses No. 4, No. 19 and No. 20 connect the Trade Fairs and Congress Center to the city centre; and bus No. 22 takes you from the exhibition centre to Av. Moliere and the University of Malaga (UMA) Teatinos Campus.

Haven’t you registered yet?