Pop.Up: the vehicle of the future 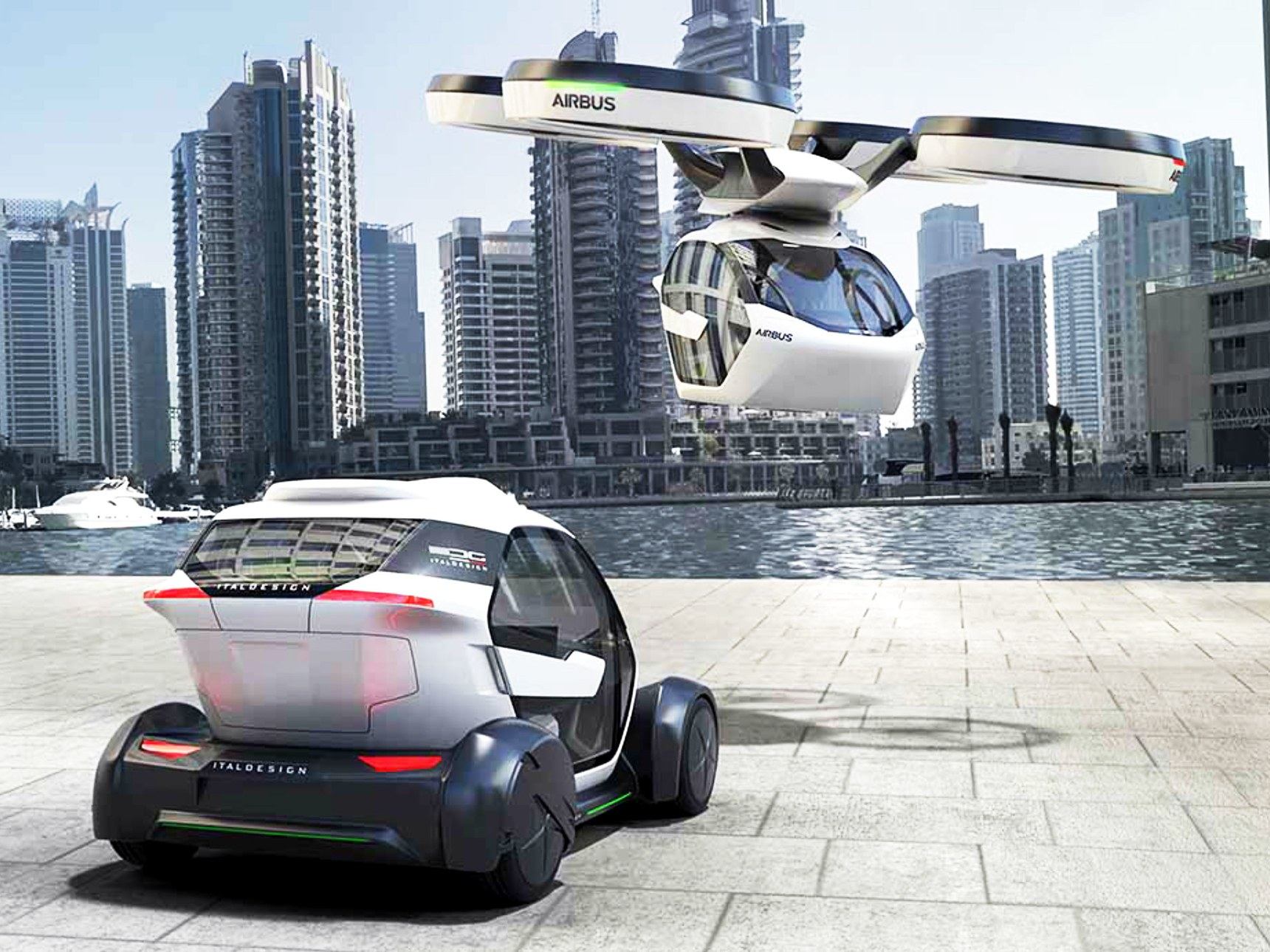 There are different proposals for the vehicle of the future, from the electric and autonomous models to the particular flying taxis that plan to test Dubai. The latest bold proposal came from the Geneva Motor Show with Pop.Up, a modular system that combines the mode of land and air transport that was developed by the automotive company Italdesign with the aeronautical manufacturer Airbus.
Airbus, the maker of aircraft has introduced Pop.Up System, a car with a built-in drone, able to fly over the big city jams. Presented at the Geneva Motor Show 2017, this prototype is already considered by many the car of the future. This prototype, named Pop.Up System and designed in collaboration with Italiadesign, consists of a modular structure, which allows it to be divided into three parts.
The Pop.Up capsule is a two seat passenger compartment where individuals are to be transported by road, road or air, depending on the optimal route to reach their destination. Its operation is similar to that of a taxi, only which in this future, the vehicle is auto-piloted by artificial intelligence and its use is managed through an app.

This particular hybrid model is electric, offers the services of a drone and a land vehicle and aims to be a complement to congested urban environments.
Pop.Up System has a modular structure that allows you to divide into three totally different parts, all of them, autonomous, and electrical. The main one, in which the passengers travel, is a capsule 2.5 meters long by 1.4 meters wide. Additionally there are two different platforms: one for the road and the other for flying in the sky.
According to the level of traffic jam on the road or the user’s preferences, the chosen platform is automatically added according to its artificial intelligence system.

Once disconnected from the main capsule, the module will return itself to a battery recharging station, where it will remain until it is demanded by another user.

This innovative car-drone is born to offer an interesting alternative of mobility on demand, so that those who request their services via app select the place of pick-up and arrival and Pop.Up System will take care of the rest.
For now, Airbus has not revealed the date of when it will be seen for the first time in action this interesting concept that joins the world of flying cars that has already taken off.