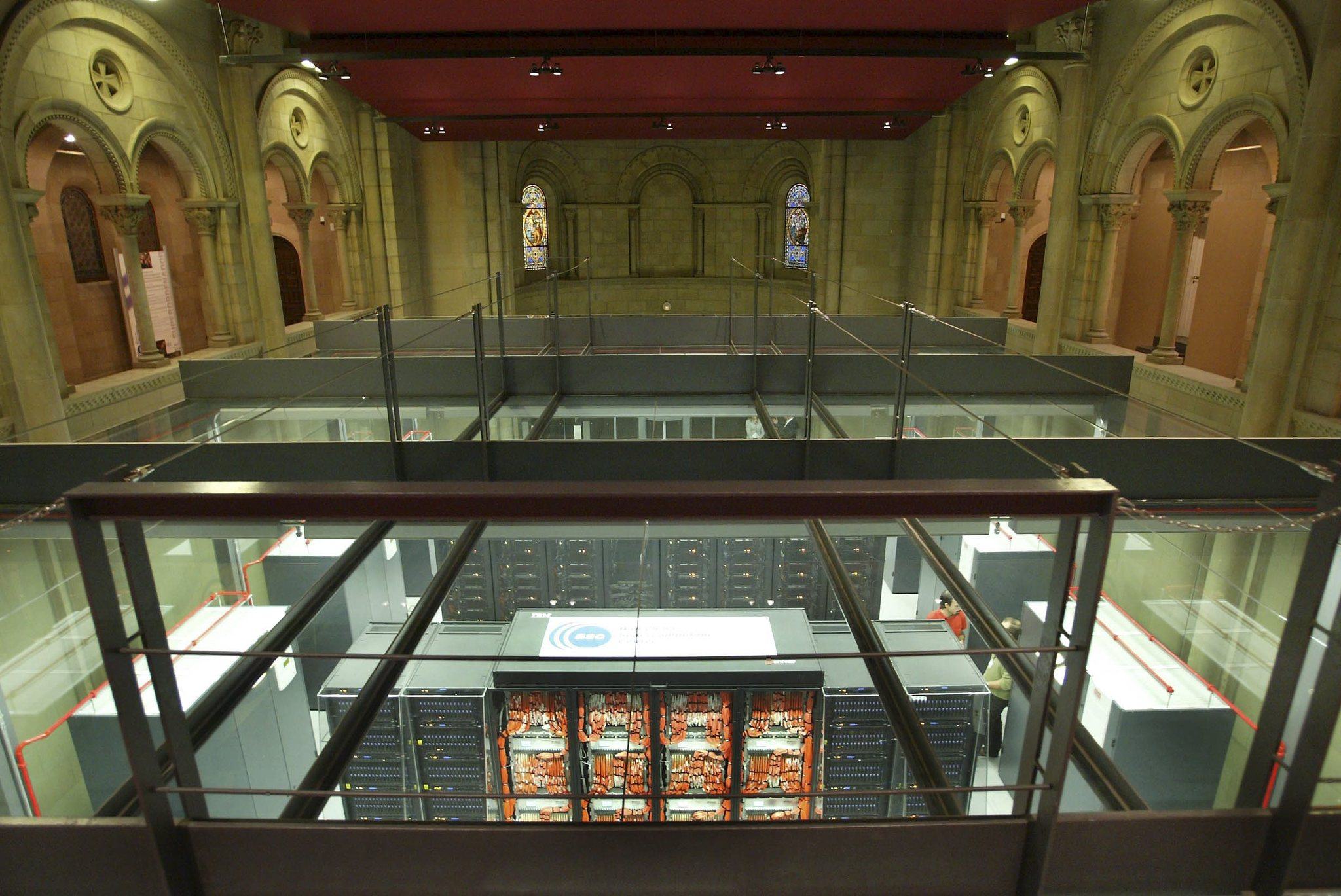 The Barcelona Supercomputing Center (BSC-CNS) premieres MareNostrum 4, the third fastest supercomputer in Europe and the thirteenth in the world, multiplying its power by ten in relation to MareNostrum 3. It has a state investment of 34 million euros and will help to execute large complex simulations and to analyze a large volume of data.
According to the director of the BSC during the presentation, Mateo Valero, MareNostrum 4 has a capacity of 11.1 pentaflops, that is, it can perform 11.1 trillion operations per second, this means that the MareNostrum 4 will do in a day, Which the first MareNostrum of 2004 did in a year and calculate in one hour what a home PC will take more than six years. A figure that turns this supercomputer into a powerful tool for research in fields that require very complex operations and with many variables such as the genome, climate models, pollution or protein structure among others, its use is available to the international scientific community through a committee that allocates the required computation time depending on the projects presented.

It has 48 racks with 3,456 nodes that will be extended with three new smaller clusters, with emerging technologies, over the next few months. Its total speed then will be 13.7 Petaflops. According to the BSC-CNS, each node has two Intel Xeon Platinum chips, each with 24 processors, totaling 165,888 processors and a central memory of 390 Terabytes.
The three new clusters that will be installed in the coming months present emerging technologies that are currently being developed in the United States and Japan. The first cluster, which includes IBM POWER9 processors and NVIDIA Volta GPUs, will have a computing power greater than 1.5 Petaflops. The second and third cluster will feature Intel Knights Hill (KNH) processors and 64-bit ARMv8 processors, which will offer a computing power of 0.5 Petaflops, respectively.
The supercomputer will allow applications to be run for scientific research. The projects planned for the first four-month period of production focus on areas such as climate change, gravitational waves, the AIDS vaccine, new cancer radiation therapies or simulations of fusion energy production.
During the presentation, the director of Barcelona Supercomputing Center, Mateo Valero, stressed that the supercomputer will serve to investigate the prevention and cure of diseases in a personalized way as cancer. It provides that MareNostrum 4 will be very useful for research because of its ability to perform large volumes of computations, execute complex simulations and analyze large amounts of data.
Researchers will use it to the fullest, says Valero, who urges scientists and researchers to submit projects. They will be evaluated first and then who will have access. According to the director of the BSC, “any good project can have its place in Europe”. 16% of the use of the supercomputer will go to Spanish researchers, 80% to professionals outside the State, and the remaining 4% to the BSC.
Much of the technology with which MareNostrum 4 has been created is foreign. In order to reduce dependence on the outside, especially the United States, Mateo Valero explained that one of his illusions is that the next supercomputer, MareNostrum 5, is built with 100% European components.
One of the last major projects in which MareNostrum 4 works is European. It is about understanding and simulating the human brain. The Human Brain Project, which involves 135 European research centers, aims to learn about the brain from six research platforms in an ambitious work that will take ten years. Without computers like MareNostrum, it would not be possible.