Discover the latest solutions on digitalization, innovation and technologies to transform your business

Showcase your solutions to an executive audience!

Meet our Partners and become one of them!

Enjoy all networking activities prepared for you

Download the graphic materials and read the latest news regarding DES!

We have never before lived at a time when more than half the population of the earth share messages and images across oceans and continents, in real time and in hundreds of languages. This connectivity could have enhanced democracy as we entered the 21st century. But, as we have seen in all parts of the world, democracy is in danger. Facebook, Instagram, Twitter, YouTube, WeChat, and TikTok all contribute to a fracturing of attention that distracts and distances people from the consequences of politics. This talk will describe how social media platforms have undermined democracy while appearing to empower citizens. 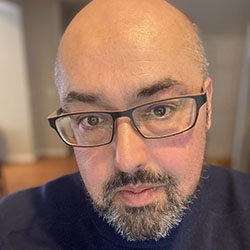 The University of Virginia